after quite some time of adjusting to the additions to the family I kept on working to record the creation process of the rail system.

At this moment I am working through chapter 7. Ones that is done I am going to start the creation of the actual clips. This will basicly "only" involve a more precise editing and the voice over. But the footage is already there and roughly cut.

There will be a chapter 8 and 9 but I will do that a bit later. It will include the Substance/Redshift approach and the restructure for unreal.

But now that I do have most of it already recorded I can give a much clearer overview on structure, covered features and outcome.

Tiny mini look at terrain tools but mainly it focuses on prepping that terrain for the system by splitting it into the area that is relevant for calculation and manipulation.

Also I introduce the idea of the nodetree that i am going to build. The whole system will live in one single container which is a different approach then most use. But thats just a question of taste. 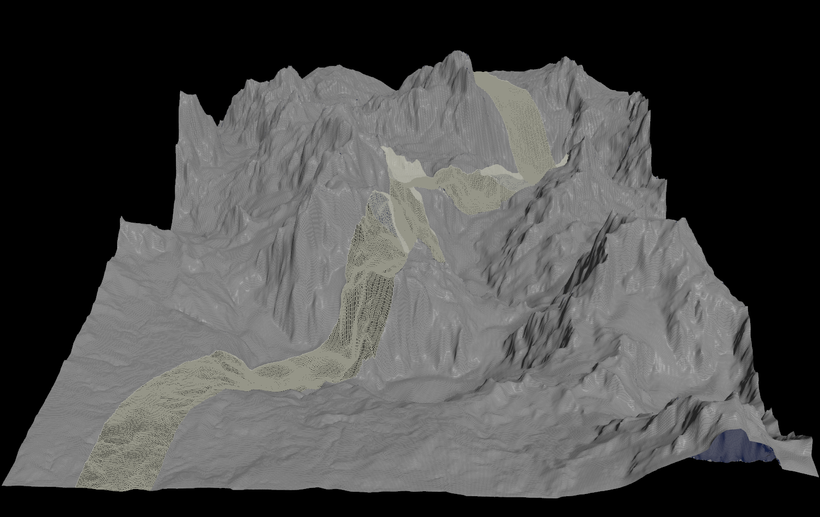 Here we look at the basis for the most important part - the inital curve that can be roughly painted into the space is turned into the rail that supports leaning and slope for the train that will drive on it later. It also utlizizes the superformula to create a unique form for the rail. 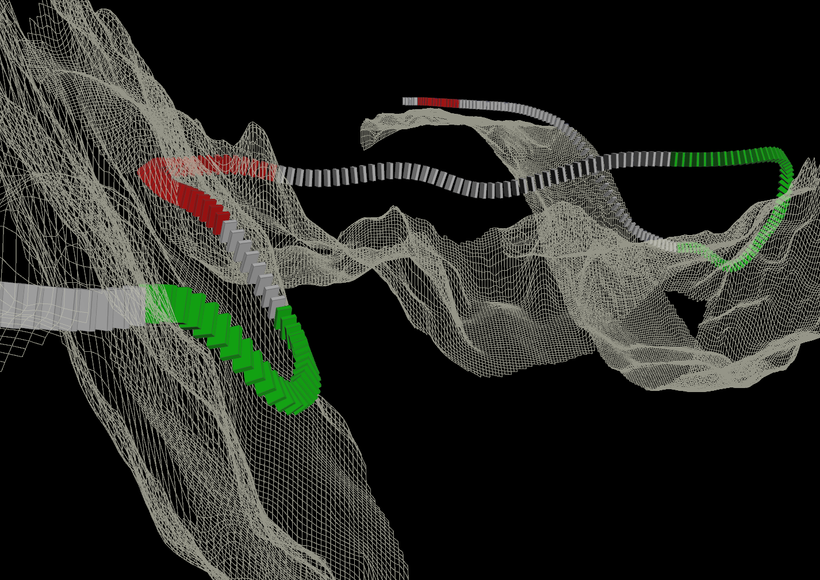 In this chapter I will bring additional detail to the environment, now that the rail is in place. This will include the terrain tools again but the focus lies on building the procedural chain. Where the rail goes through the terrain tunnels are created which in turn influence the terrain around it. 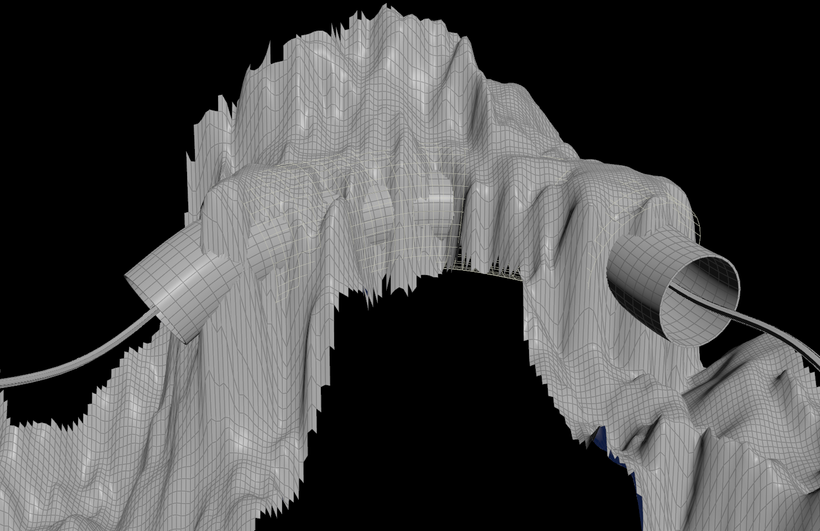 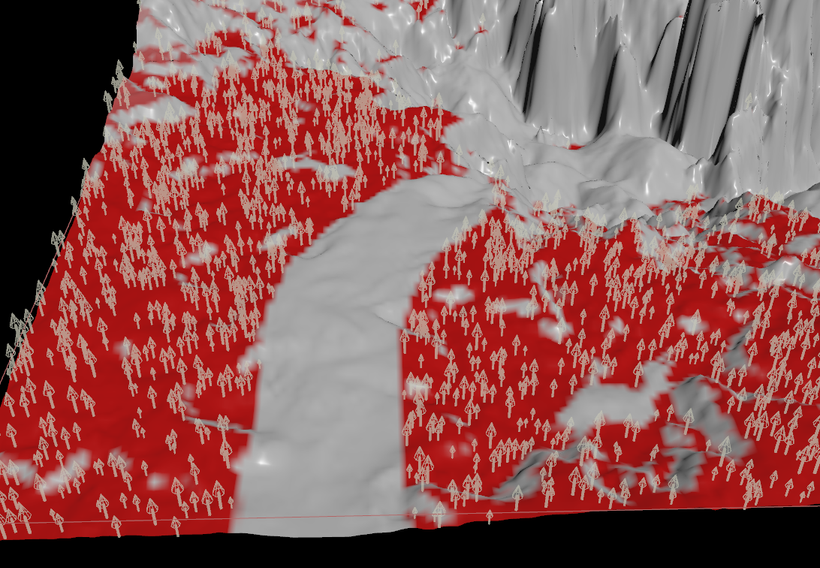 This section will include a bit more code heavy part since it will process the environment to determine where it will place the opjects that are supposed to support the rail structure.  The idea behind it involves checking if elements are allowed to be placed - distribute support according to placed objects to determine the following objects while still having control by adjusting weights. 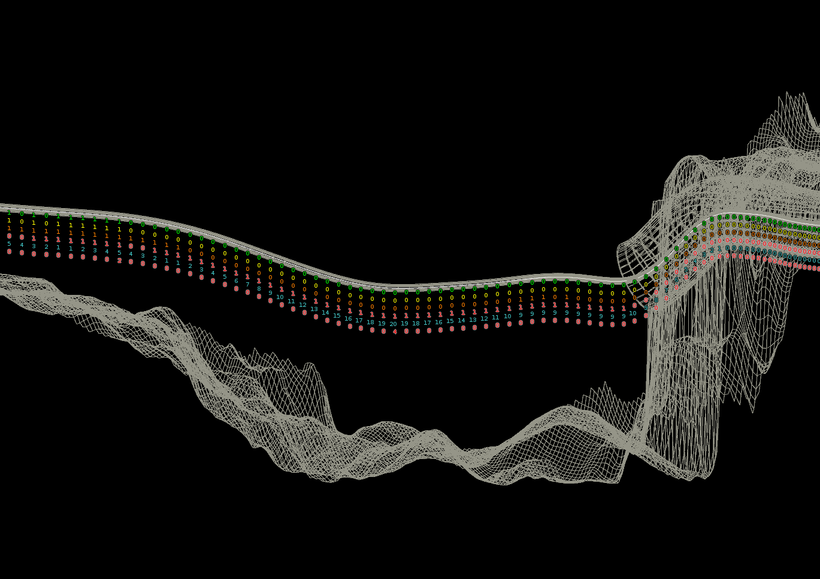 Chapter 5 - Creating objects from nothing

Here we go into the process of creating procedural placed objects from scratch. It only starts with the oriented and calculated curve with the information which point needs which strength to support it.

As a result the system generates bridges or towers that vary according to the needed strength and orientation. 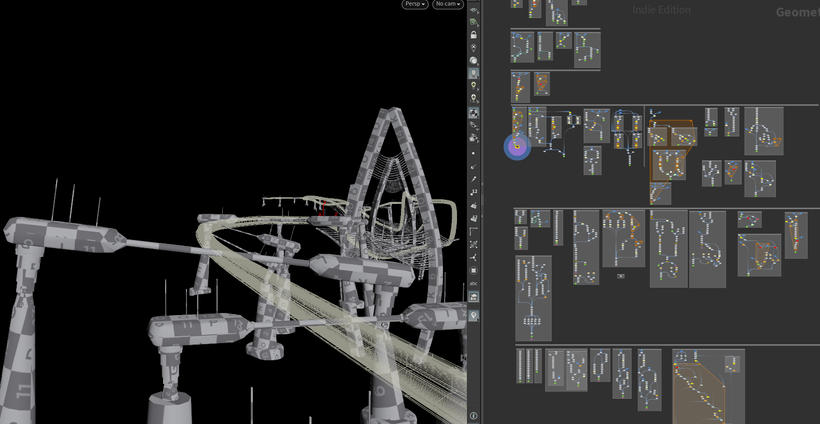 This chapter will be the big one since it covers not only the procedural modelling of the sci-fi train but involves a system to procedurally place it on the rail looking at multiple systems to control its speed on it. A simple Frame based approach or a more complex solution regarding slope and acceleration.

In addition to that we utilize PDG to create as many variations of the wagon design as we want and lwhile using python to pick random designs for the actually used wagons.

After we have the train in place we also create gates to seal of the tunnel segments. These gates will have a procedural animation triggered by the approaching train. 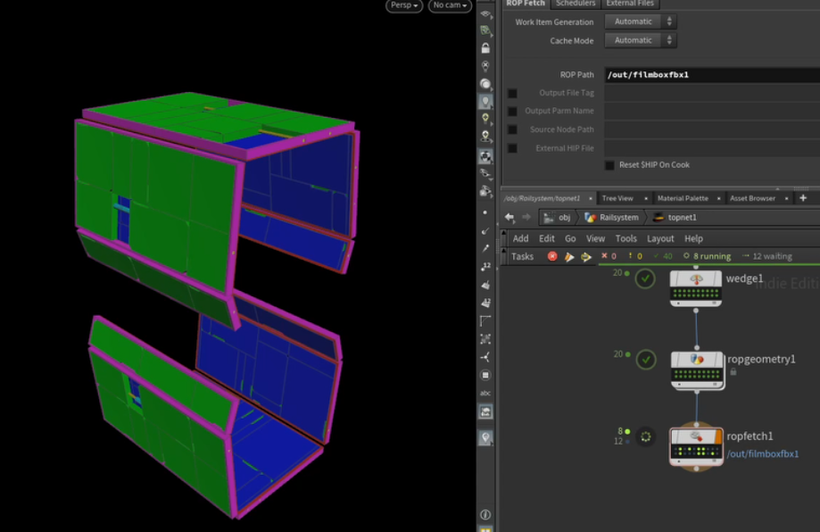 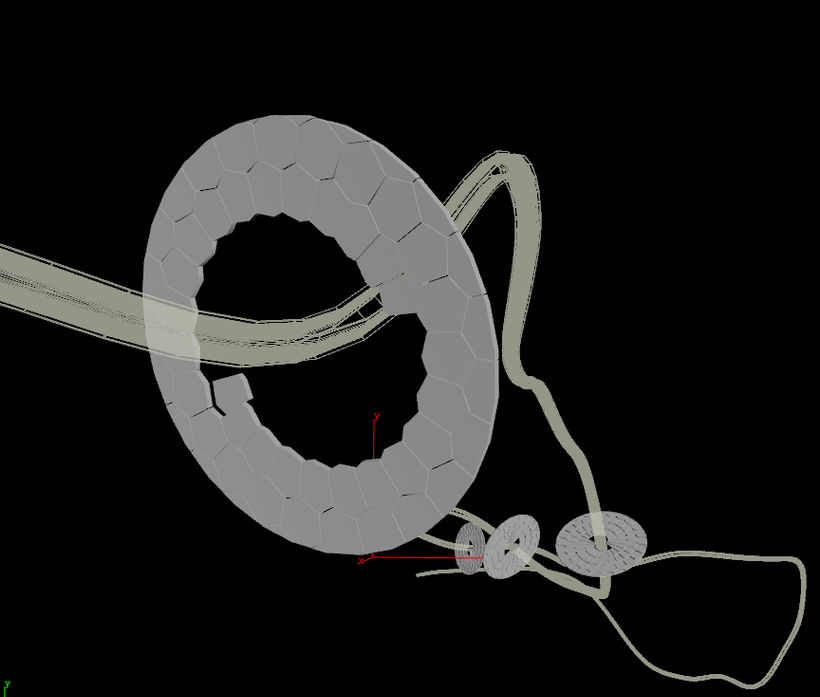 In this section we create mechanical arms connecting the two train sections. This gives the whole design a steampunk look but more importantly is looking at a number of complex problems and their solution.

The arms will not simply be placed but animated again in reaction to the environment. If the train is passing a tower the arms disconnect and reattach giving the final result the look of a sci-fi train centipede. 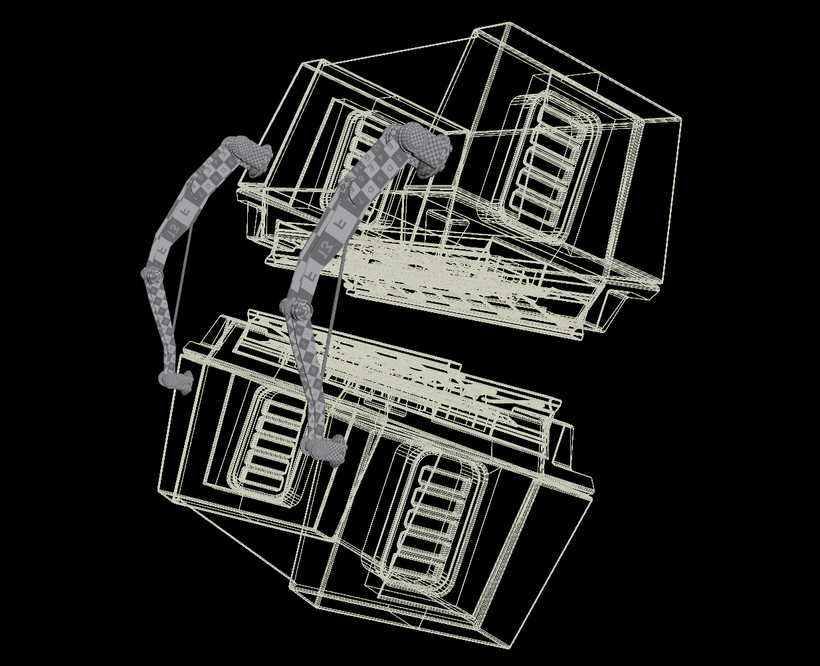 At this point I hope to get some feedback on how much you want me to cover what I show here. I bring the elements that the system is exporting into Substance to create textures for Redshift. Besides setting up what is needed to render the result in Redshift I hope to finish some helpful python tools to save time involved in that pipeline. 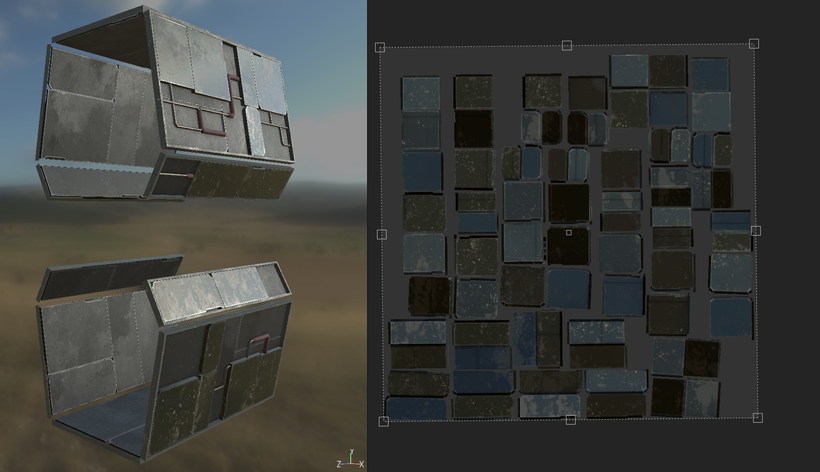 This part will look at the system as it is and what is involved into turning it into a unreal compatible project. 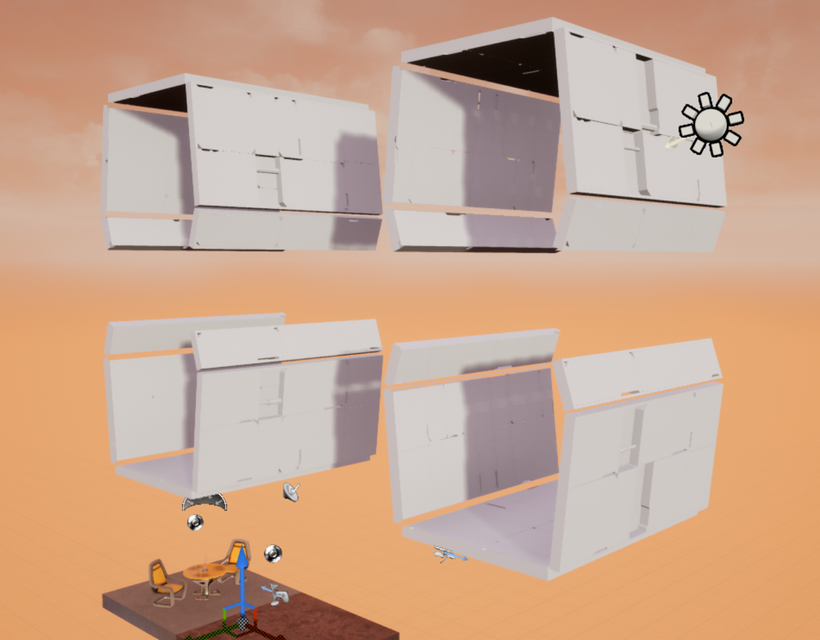 Lastly how do I planm to release this course. I think when I came up with the general idea of this course in I think mid 2019... I wanted it to be my first own commercial product since I don't count Vex Fundamentals it being a pluralsight course.

But since so much time went by and family life took its toll on my time that I could dedicate to content creation I decided to switch directions. I want to use the rail course to give people a better insight on what I enjoy doing and the type of content I create.

So this course will be a free series on youtube making iot accessible to everyone interested in what I do.

I still want to offer my patreons a good share of exclusive content so the unnarrated rough cuts, the course files and extra care will be exclusive to them.

I will contact everyone who joined the auditorium tier in the past and make content accessible as promised in the past.